I can see the light! 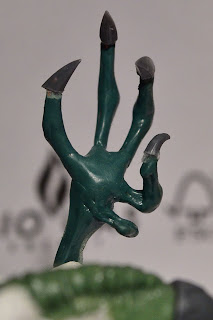 After what seems an age of off-and-on work, my Grotesques are finally getting near done. It's amazing how the addition of a couple of arms gives far more bearing and direction to the models. At this point, I need to sculpt one more freaky arm on one of them, featuring a creepy hypodermic bit, then finish up the freaky hand for the squad leader, and after that all that should be left is connecting things up with a few sculpted details, and {deep breath} they should be done!

Man, doing this kind of work on a multiple-unit level can get to be a pain in the butt!

It's seriously rewarding, though. Just as I was starting to feel like I was losing some steam on the Grotesques, I decided to finally attach their arms, and just that small change got me juiced about them again. In fact, I daresay I'm damn proud of the way they are coming along.

Anyway. Enough jabber. Onto the model shots. I apologize the lighting is a little jumped, but I'm not photographing them in my standard workspace. 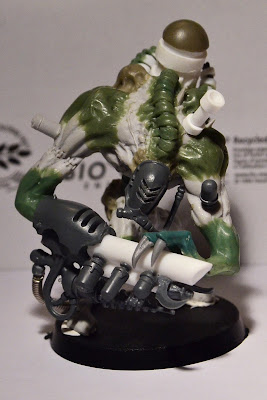 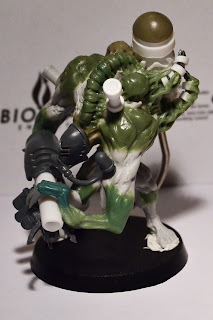 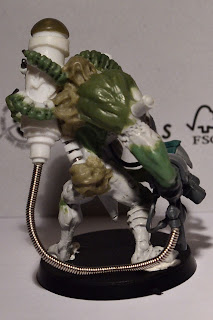 Next, the Meat Rack. He's got arms now, and I think all he's really waiting for is to have his trophies affixed to all of those rings on his back. I've also come up with an emaciated, rather insectoid "crane arm" of sorts for hoisting his trophies onto the racks. 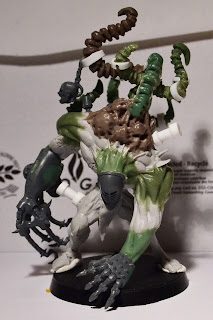 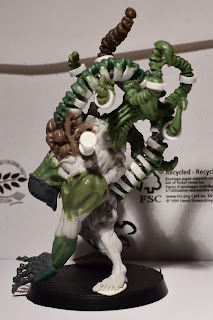 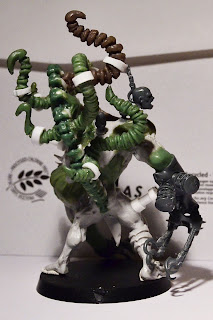 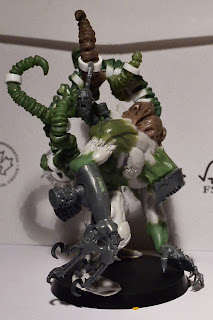 Next, Sir Kicks Ass And Takes Names In A General Sort of Way, with his armour now completely. I like the way the line of his sickle kind of curves back on him. He'll be the one receiving the freaky atrophied arm with hypodermic: 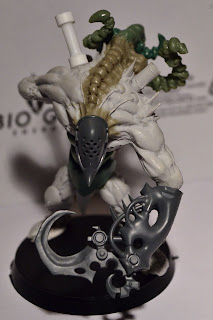 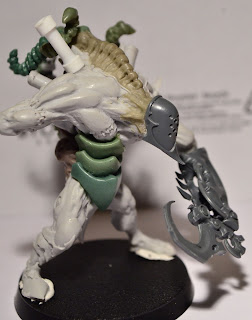 Finally, the Abomination/Aberration/Squad Leader Dude. I've already shown shots of how jacked up on combat drugs he is, but now he's also got one of my favourite Talos arms (I like to call it The Reaper). 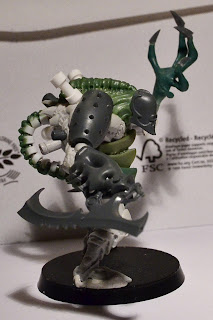 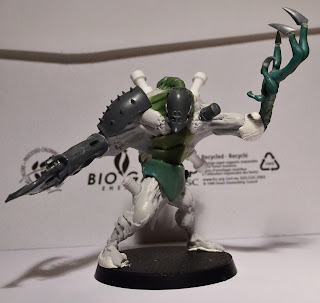 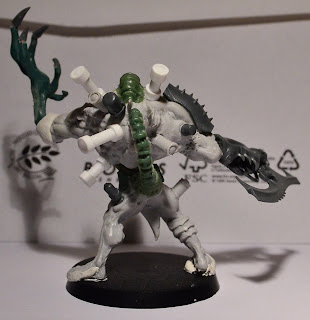 I was toying with giving him some kind of living blade for his other weapon, with the sword connected into his spine or something, but then I got to thinking about two of the options for him in the codex are types of Gauntlet. Though the Talos kit comes with a rather obvious Gauntlet hand, I'd already used that one on the Meat Rack, and I wanted something a little more memorable/twisted. Here's what I came up with: 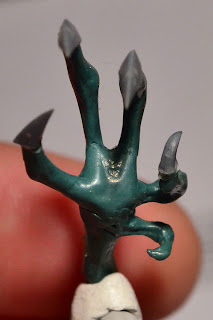 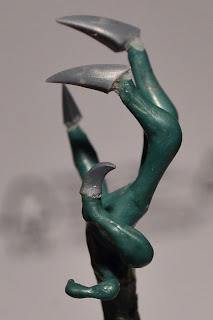 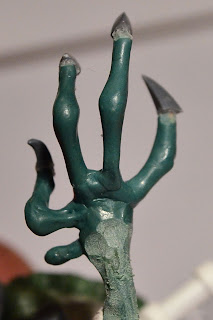 I think it's more of a Flesh Gauntlet than a Mindphase Gauntlet, but being groped by something that twisted may phase my mind a bit >:)  I intend to add some vials, etc, to the back of the hand, and I'll be bulking it up slightly, but only slightly. I really like the creepy, spindly look of it :D

It's tough to get a good angle, but my goal was to have three fingers that looked functional, one that looked a little messed up (notice the reversed talon), and one that was barely there.

Here's hoping that the next update on the Grotesques will be them actually complete and prepped to ship to their new owner :)
Posted by Mr_Pink at 05:37