What feels like a thousand years ago, the revised plastic Genestealer kit released to much fanfare. However, that fanfare was pretty negative as this was the early days of the Internet, and the advance photo of the new plastic Genestealer that leaked was taken from the front, the with crumby, potato phone camera pointed right up its nose!

Thus began Stealergate: the controversy of the entire 40k community panning the new genestealer models before they were even released for having giant nostrils, and Jes Goodwin swearing off the online community for them having prejudged a model they hadn't even seen yet.

So, when the new plastic Genestealers finally released in the Battle for Macragge they did so under a bit of a pall. However, there was a group of us Tyranid hobbyist who couldn't be dissuaded by net negativity. We appointed ourselves Goodwin's Army, and we decided that we would embark on a project to show what the plastic Genestealer was really capable of!

Or at least I think that's how we started. Regardless, the Genoproject was born! 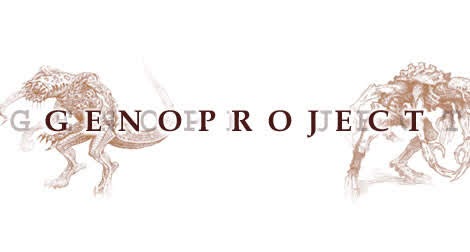 What happened next is that we all set to work trying to imagine what Genestealers would look like if they were grown from different 40K races (since your run-of-the-mill Genestealers are all produced from human stock). If an Eldar were infected with the Genestealer parasite, what would that look like? And an Ork? A Tau or a Kroot?

You get the idea.

The phenomenally talented artist Warren Beattie got us started with some sketches:

First up, his concepts for an Eldar Genestealer: 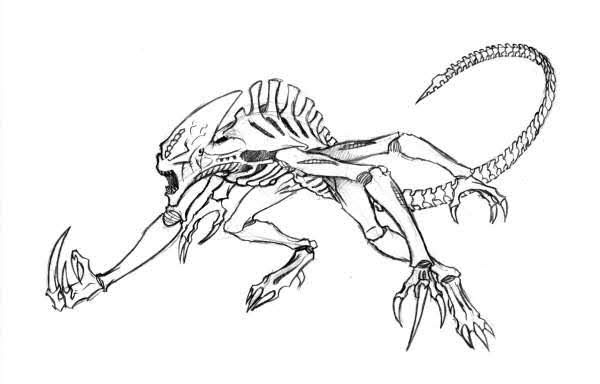 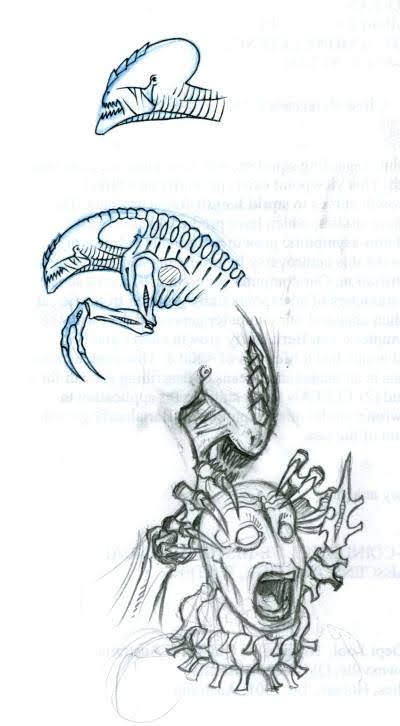 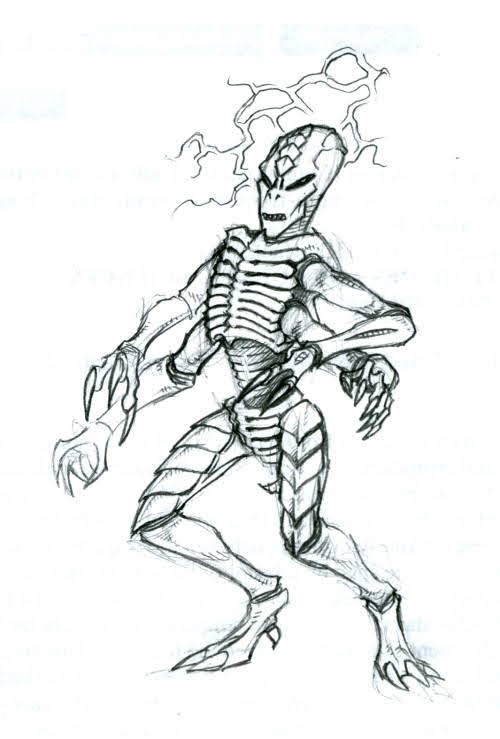 Then, for an Ork Genesetealer 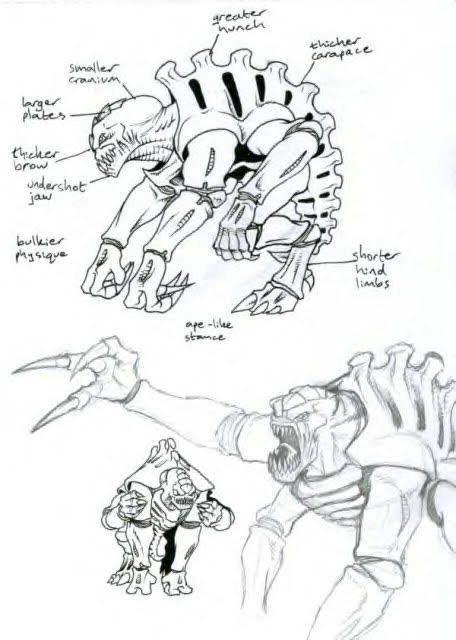 Here is a mix of the two, trending into Xenomorph territory 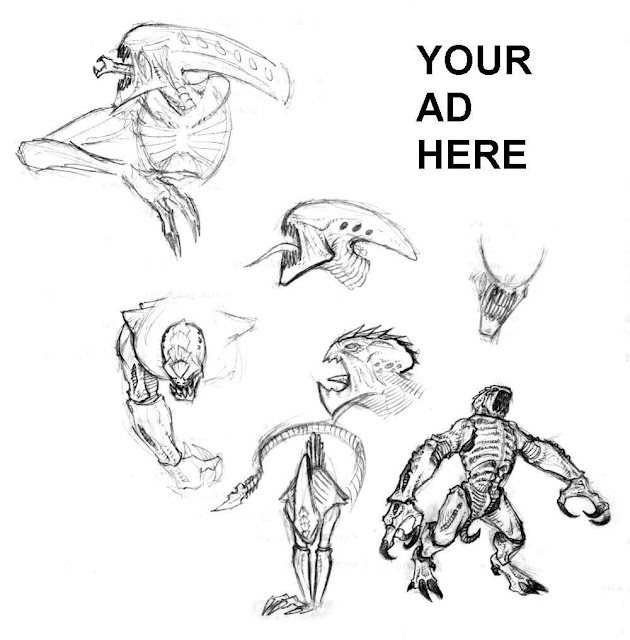 And I believe this was meant to be a Tau Genestealer, but we decided that would probably be a dead end mutation :P 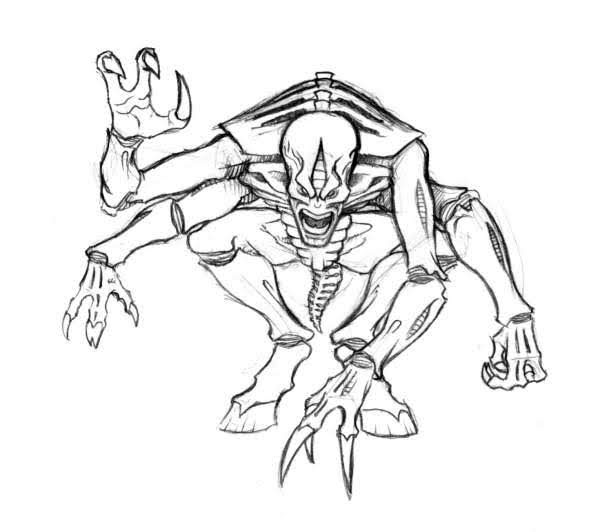 Warren even took a run of his own at kitbashing and sculpting one of his sketches for the Ork Genestealer: 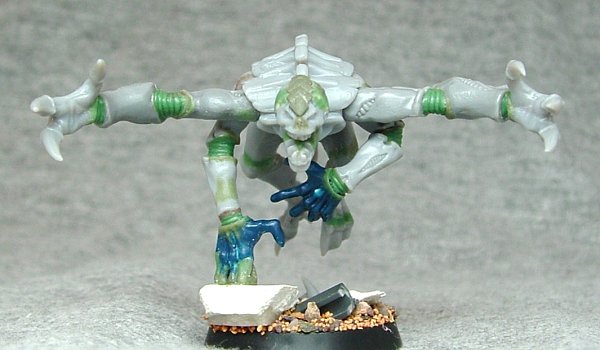 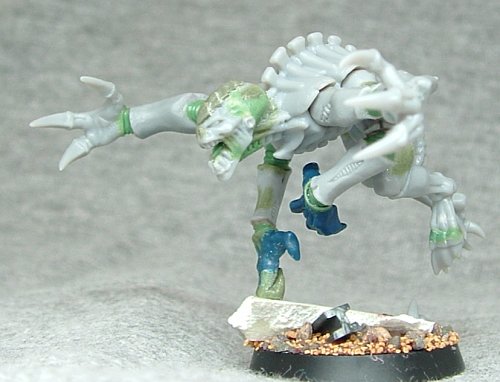 ...which are pretty damn fine and makes me wish that Warren was as prolific with sculpting and kitbashing Tyranids as he was at drawing them back in the day.

Anyway, informed by equal parts Warren's sketches and my own musings for how Ork or Eldar DNA would influence the Genestealer parasite/virus, I sculpted and bashed out my own take on both an Eldar and Ork Genestealer.

However, I had no photos of them. In fact, until recently, I had actually forgotten I'd even made these models!

When I remembered them only recently, I went digging through all my old model photos to try and find record of them, I came up empty! What's more, since I had created them in...I think the photo timestamps say 2005?...they hadn't been preserved anywhere on the Internet other that HiveFleetMoloch.com, and when that fell to the spambots, the photos fell with it!

What's more, I had sent the model themselves to Marco in Germany so that he could properly photograph them for HiveFleetMoloch.com, and he'd never sent them back.

So I found myself in this weird place where I knew I had created these models, but I had absolutely no living record of them!

...Until I realized that, buried in one of my 40k folders, I had a complete photo backup of HiveFleetMoloch.com from soon after Marco had lost the domain rights. And, luckily, the models were in there!

So, here you are: my original concepts for a Eldar Genestealer and Ork Genestealer hybrids--likely the only record these things ever existed since who knows what Marco's done with the originals at this point. 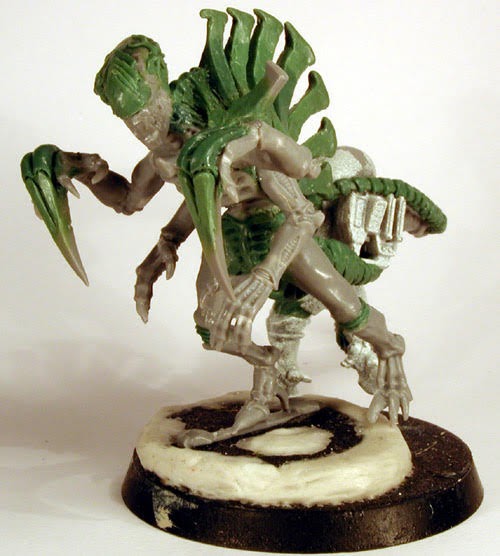 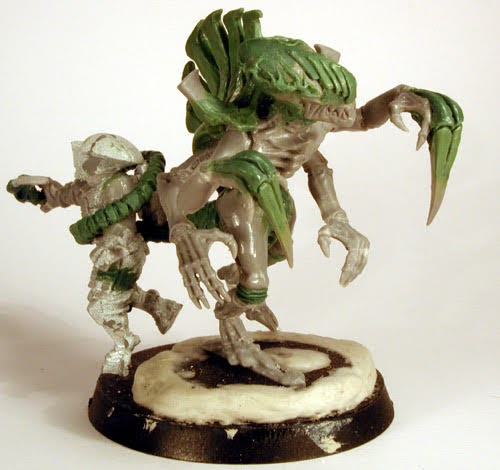 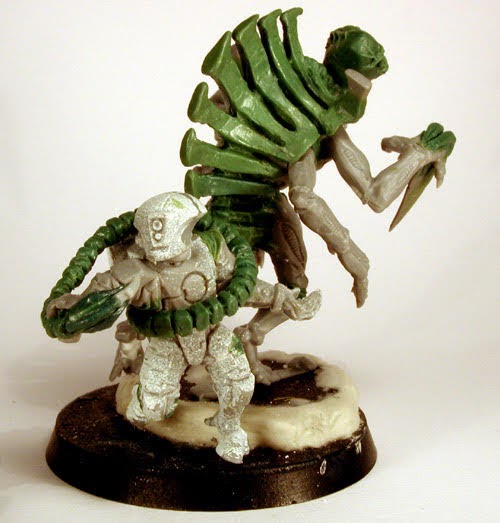 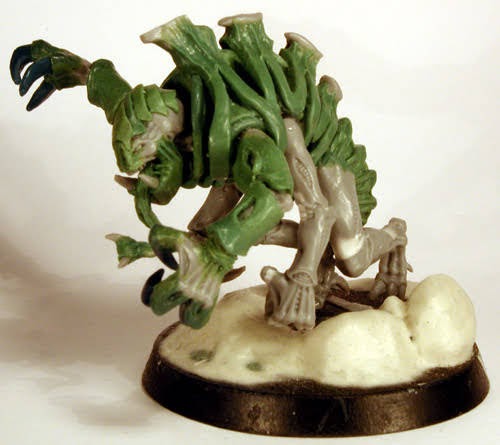 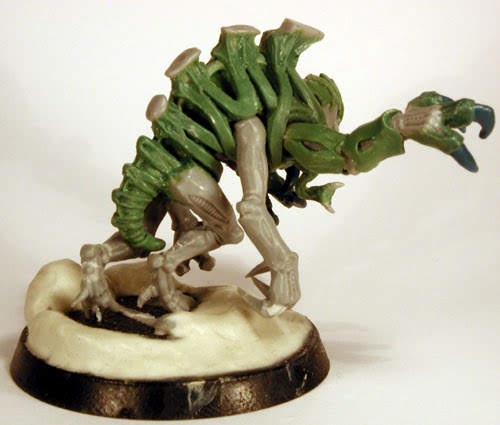 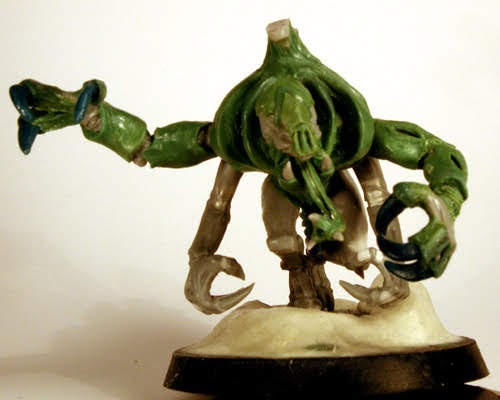 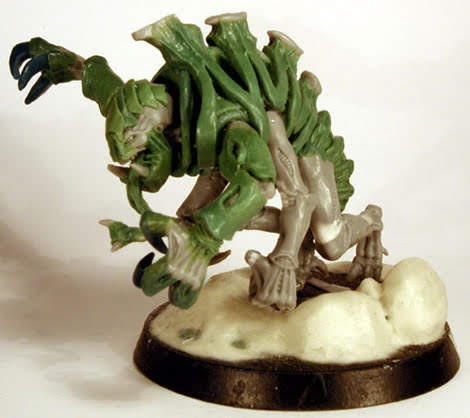 Of the two, the Ork is my definite favourite, and you can see that he has the prototype for the Strain-inspired Genestealer Kiss tongue that I later explored on my Genestealer Patriarch model. I still remember fighting with Warren over his lantern jaw. Warren maintained that the Genestealer virus would clearly correct that particularly dead-end genetic abnormality, but I was dead set on the fact that a Ork Genestealer needed a lantern jaw!

It's weird to look back on these things now and to be surprised by what I managed with greenstuff fifteen years ago. I maintain that, had I kept at it consistently back then, and not let my hobby languish for long years, I'd likely be even better at it now!

Oh well. The past is passed. However, I'm still glad that I was able to resuscitate this particular kernel of history to live on here on the blog. 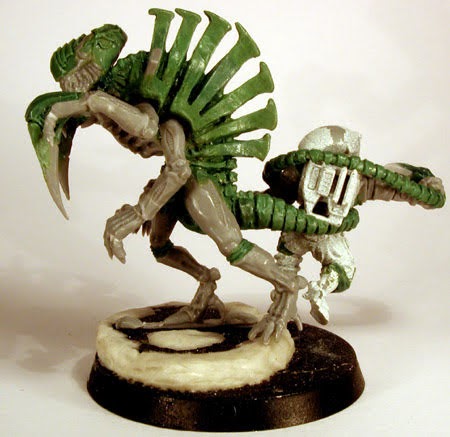 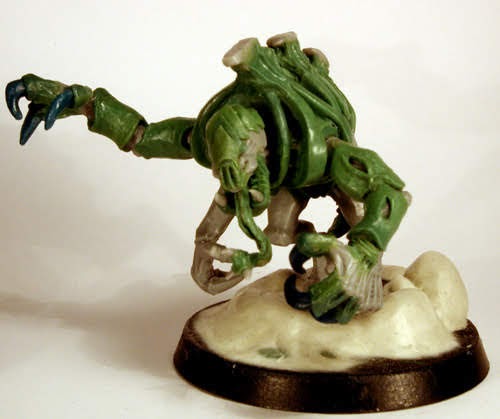 Let me know what you think of them, and whether you think I should take another run at newer versions of them >:)