I know my posts have been a departure from the typical mind-bending conversions Mr. Pink usually makes, but that all ends NOW. 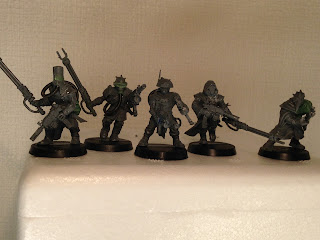 Much of what I plan on posting will be progress on my personal army, but I am Mr. Pink's brother, and I too have a serious love for converting.
Imperial aesthetic differs greatly from the Dark Eldar and Tyranid stuff you're used to. Where Mr. Pink adds outrageous modifications; I've got to blend my conversions into already existing elements.


This conversion follows the principles of Brass Tax; taking one box of the new Skitarii Infiltrators/Ruststalkers and using it to make twenty models.

As soon as this idea crossed my mind I was on ebay snatching up someone's left over Infiltrator sprue, then comtemplating whether $20 was actually worth it... but it was too late, no one else dared outbid me!

I love the fletchette blasters and luckily the ebay seller used up the stubcarbine and power swords on his Infiltrators. I thought the little uzi's would work really well with the Chaos cultists, so I got to work. These are the cultist GW sells in a box of five, so if you want to try it yourself, you wont have much difficulty finding the models.

The cultists models look rather Infiltrate-y, but I need to base them on 40mm base, as that is what the normal infiltrators come on.

I shaved off marks of Chaos, necklace strings and tried to fix the clothing of the cultists so it wasn't so tattered. 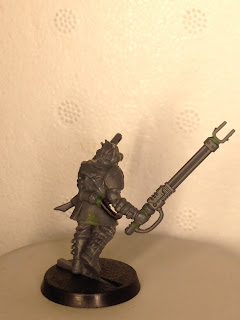 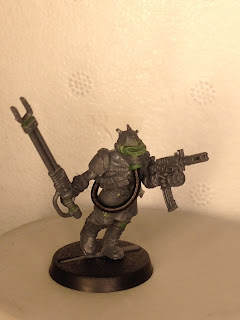 When doing a kit bash like this, you need to chop up a lot of bits. It's important to discern what parts you want to preserve. Sometimes taking twenty minutes to perfect separate two parts, without damaging either pays off. But sometimes deciding that a section of a bit is completely un-needed allows you to cut into it and remove the exact part of the bit you need. 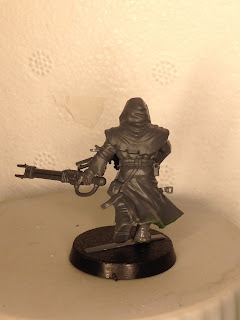 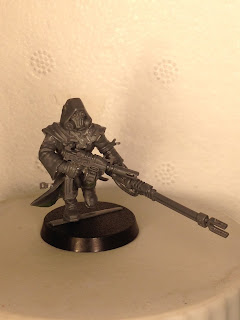 I spent a lot of effort preserving the hands that were bracing the riffles on the cultist models. The actual firearms were not needed, so most of the time I cut through them without the slightest attempt to keep them intact. 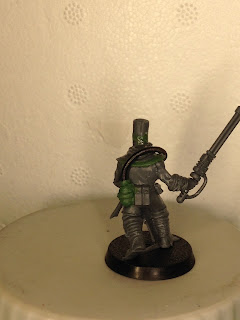 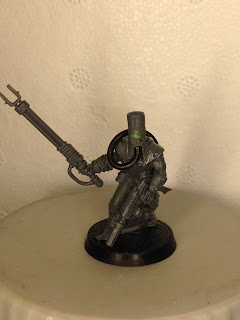 I cannot possibly incorporate these models into my army. They were the first of a long list of conversions/kit bashes I wanted to try. 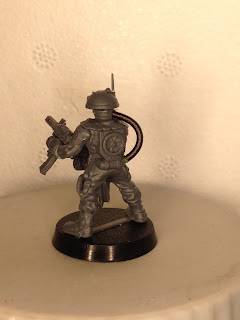 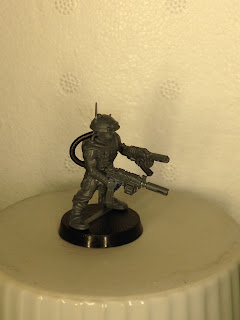 If anyone is interested in taking these models off my hands, I'd gladly trade for some more GW models. I wouldn't mind painting them in order to show off the finished models on Modern Synthesist, but I know that a buyer would likely rather paint them him/herself. 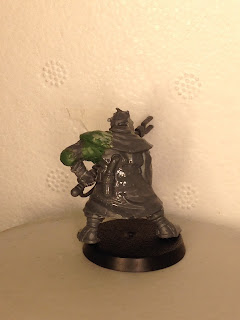 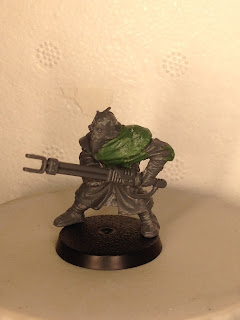 I'm going to make 10 Rustalkers from the remaining bits from this kit, and to do so I need some Necron Warriors. Once those are finished, I have several idea for my next project, and I'd welcome some input about what YOU the readers would like to see.

Here are some of my ideas:

You can expect an article detailing my convertion of 10 Ruststalkers, but before then I want to finish my work on a Stormcast Eternal that showed up in my White Dwarf. Look forward to the next article;

"I think I'll take my chances in the 41 millennium"