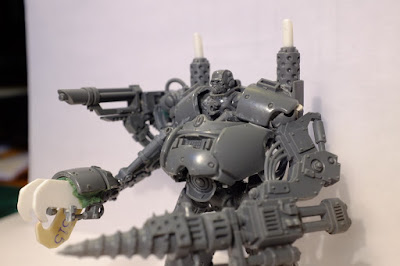 I MADE A THING!

I've been horrible at blogging lately, but I promise you I HAVE been making Hobby progress and sharing it on my hobby Instagram here: https://www.instagram.com/modernsynthesist/, as well as my hobby twitter: https://twitter.com/Mod_Synth

Anyway, I haven't been sitting around on my hands, and I mean to post more on the old bloggerino soon, but for now, here are some photos of my latest creation, without all of the chin-wagging I normally do, which keeps me from actually posting blog posts!

It's an armoured sentinel for my Genestealer Cult force. I want to include sentinels since they give me the chance to create some mining mecha, which the Cult force is sadly lacking!

This one was inspired by Brother Pink suggesting he'd like to make some Magitek Armour, from Final Fantasy III / VI, using one of those lanky Ad Mech walkers. 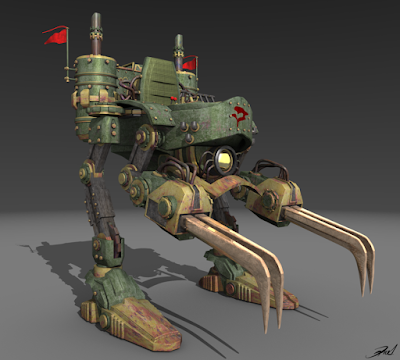 And how it looks in-game:

I didn't see how he could do it with the model he suggested (the longstrider?), but as I considered the Ad Mech line, I realize the Kastellan Robots could very easily be converted into magitek armour! I bought the requisite robots for the idea, but I didn't get around to starting on the idea until this Thursday, during my office hours at the local Games Workshop. Here's how far I got: 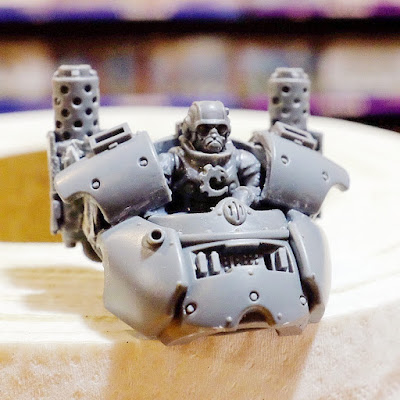 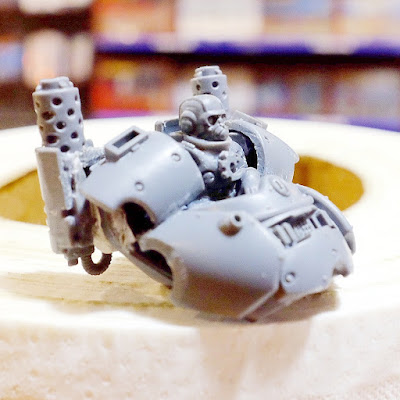 ...and then the idea sat like a stone in my mind all Friday. I couldn't stop thinking about it, and staring at the print of Terra from FF3 above my desk at work, thinking about how I just wanted to get back to the conversion. 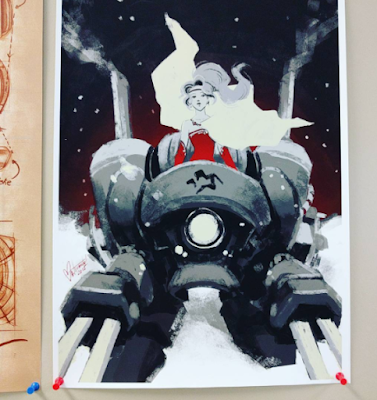 So, come Saturday and Sunday, I got right back to it, and by Sunday night, I was done!

Here's what I came up with. First, the basic armour without weapons arms: 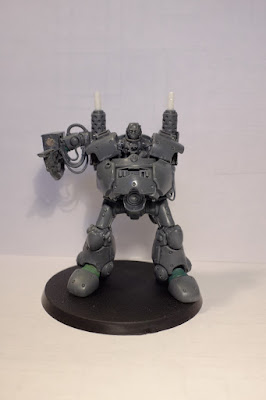 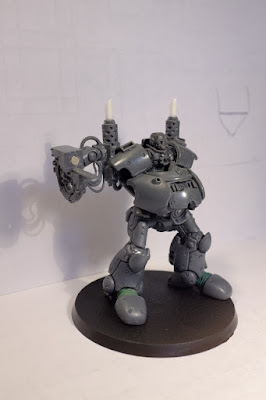 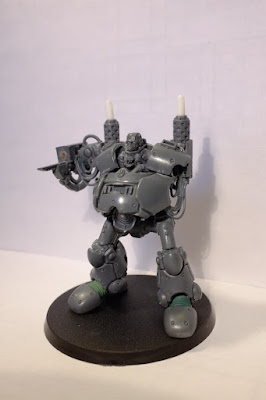 That one, arm-looking thing is the magnetized weapons mount.

You can see this is still 85% Kastellan, with some extra bits along the way from a sentinel/dread. The pilot is a Tempestus Scion head (which is 100% perfect for the Final Fantasy pilot), and the body is left over from a Dreamforge APC kit (the rebreather on his mask wouldn't fit with standard cult armour :(

And here are the arms, straight from Ork kits: 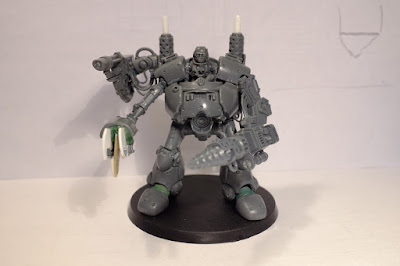 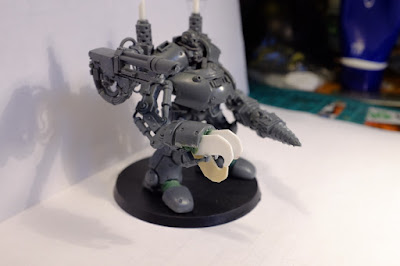 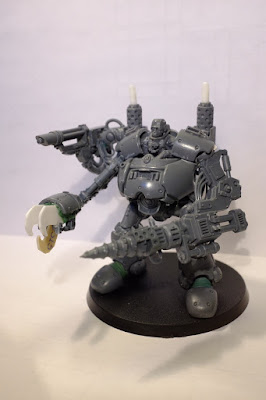 Since the sentinels have a wealth of weapons options, I thought this would be a good chance to take my first foray into magnetizing. I used a Lascannon as the basis for the magnetic mount, and here are all the options: 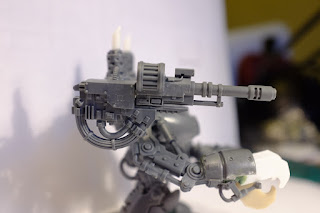 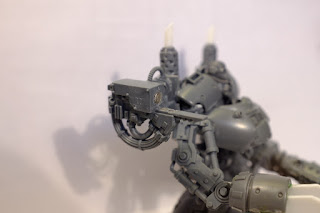 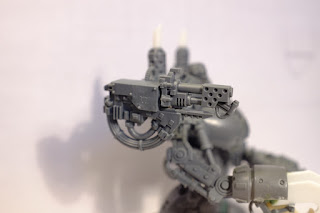 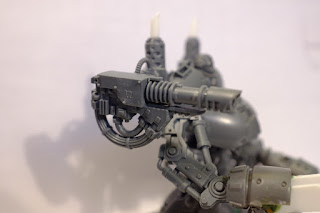 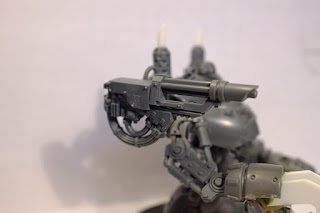 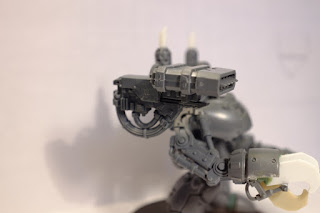 For my first expedition into magnetizing, I feel like it turned out rather well. All the guns don't sit perfectly, but they're all passably good.

And, all in all, I'm pretty happy with what I accomplished on the model. It's not PERFECT in terms of being 100% Magitek Armour, but it's a pretty damn good piece of mining mech. For my next mech, I'm going to be using the longstrider legs to put together an alternate Scout Sentinel!

For now, here's the Armoured Mech with the box he mostly came from: 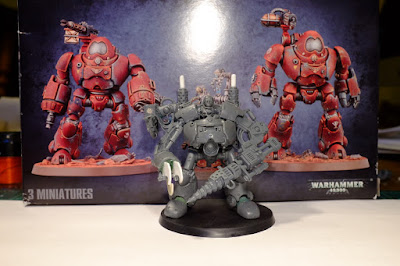