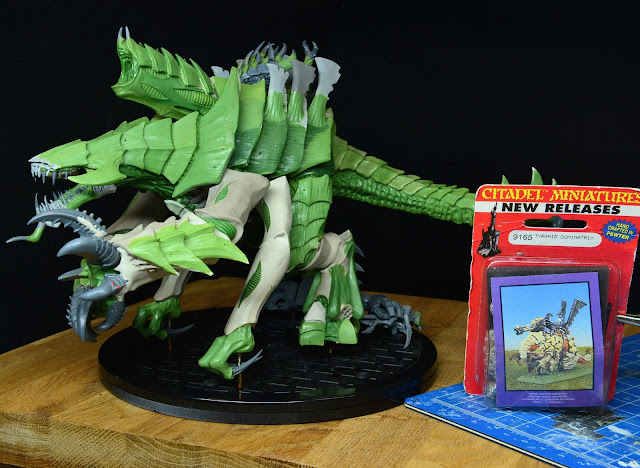 As I did with the Dactylis build, I'll post another article a bit later showing the latter half of the build process, but, for now, let's revel in her completion! 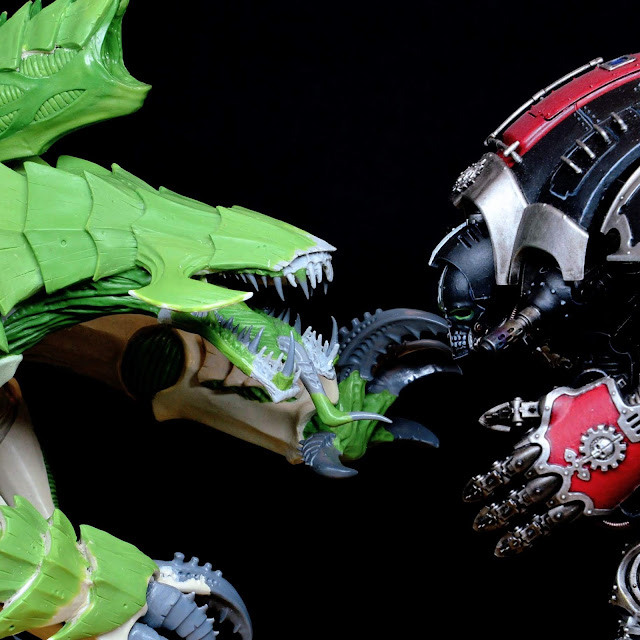 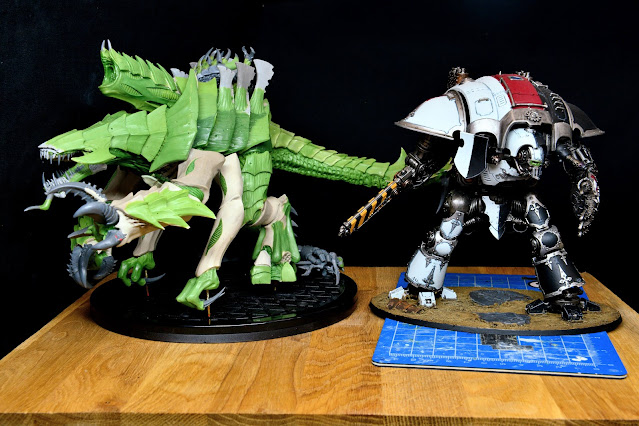 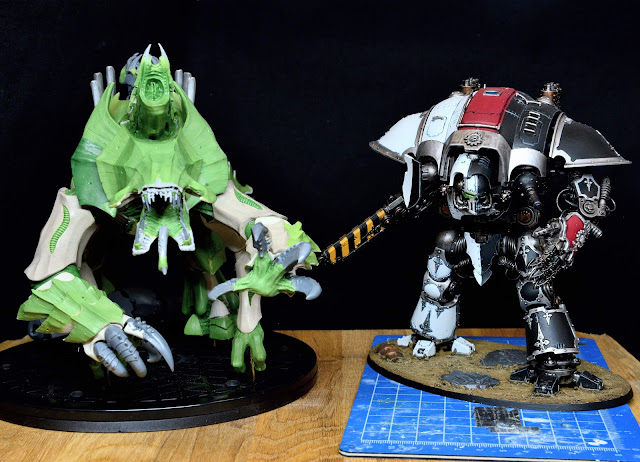 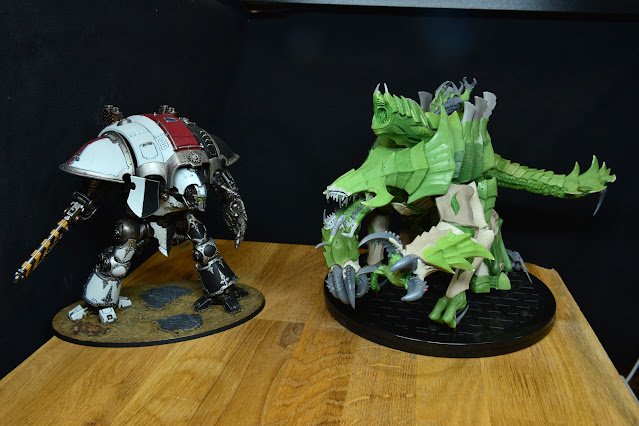 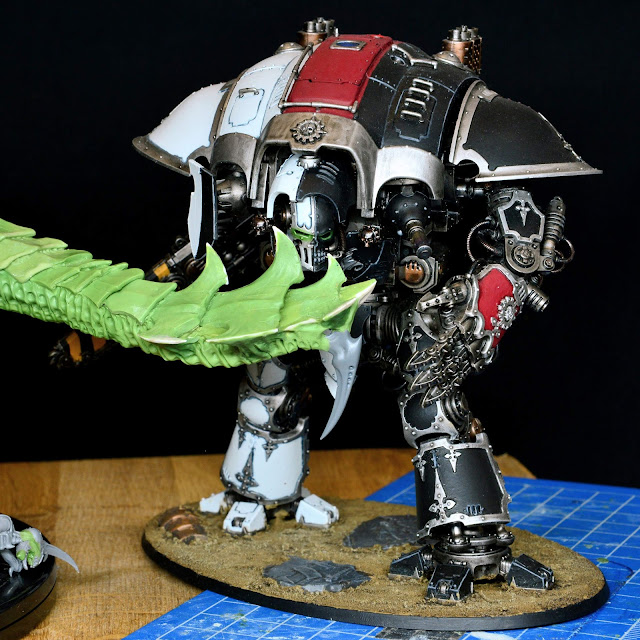 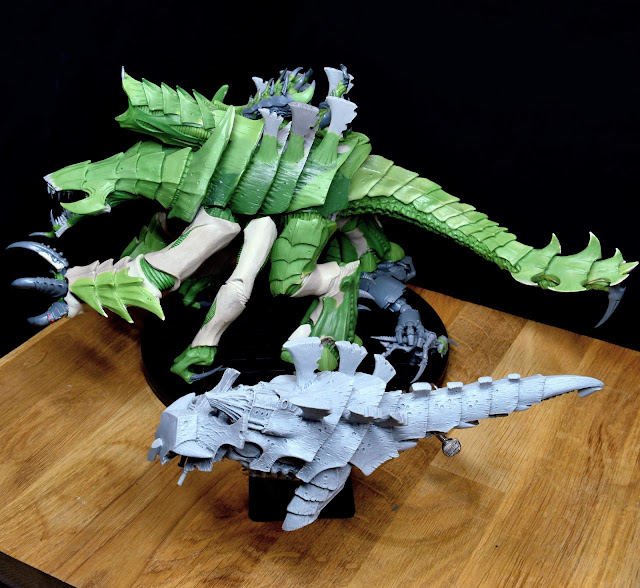 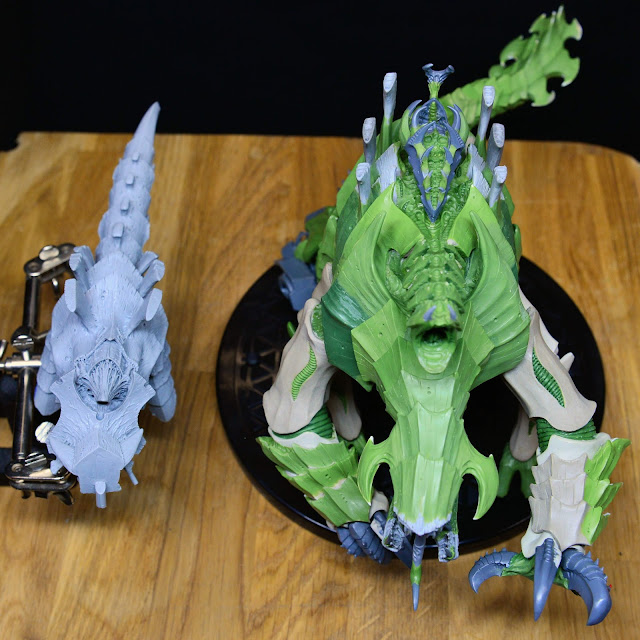 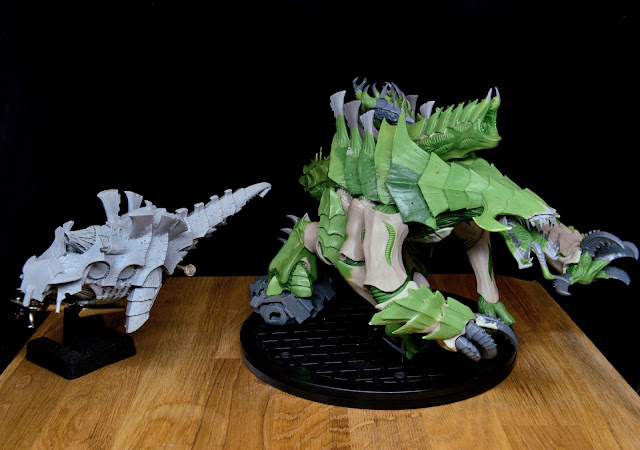 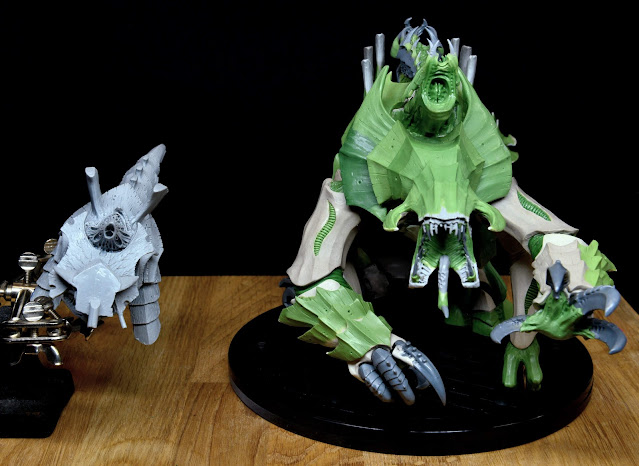 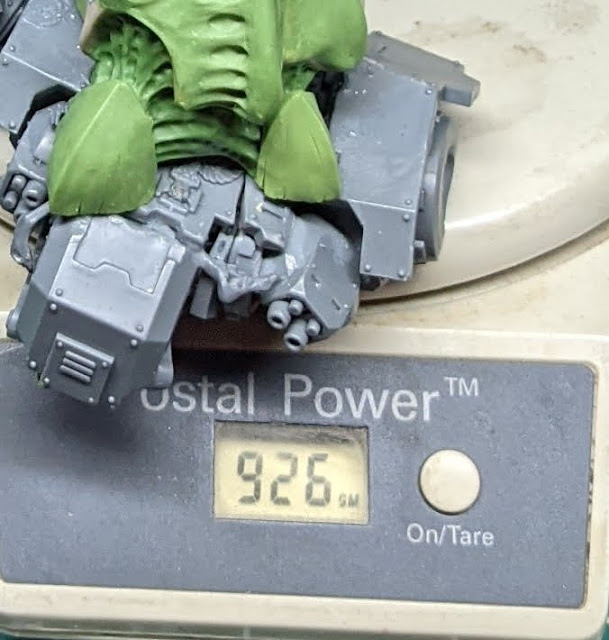 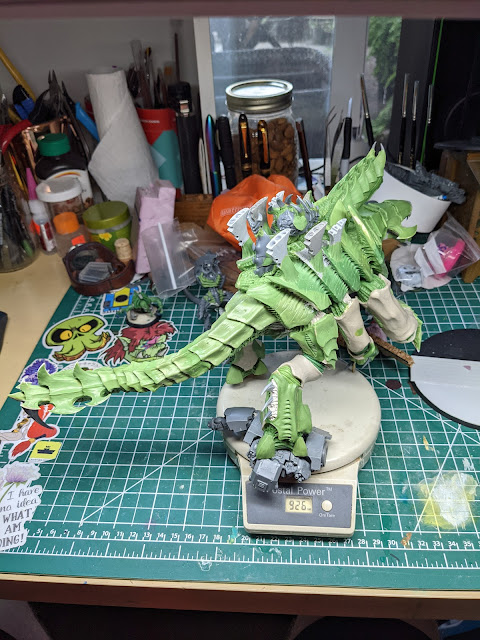 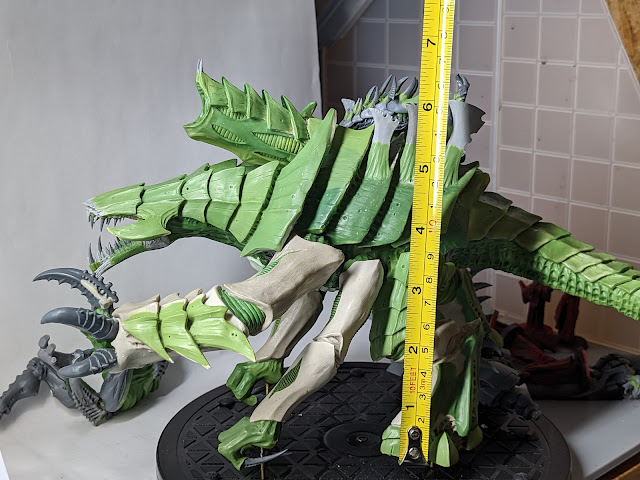 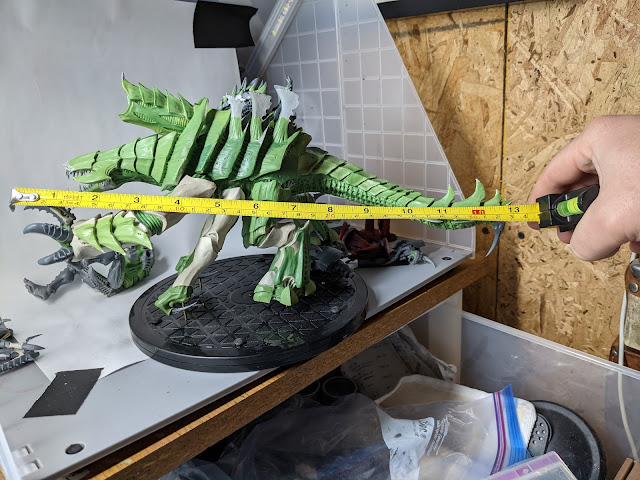 Speaking of the tip of her psychic crown, that has to be one of my favourite parts of the model. Our dear friend and fluff librarian Hive Fleet Barghest would remind us that the actual Tyranid Dominatrix is the psychic rider of the back of the massive beast, and the beast below is just so much glorified biologic mobility device and ablative armour.
So I wanted to make sure the rider looked both regal and formidable as it's meant to be orders of magnitude more psychically potent than your average Hive Tyrant, with a ultra destructive Warp Lance ability. I tried to represent this power on the model by aligning the spines on the rider's head and the top of the biocannon barrel to look like structures meant for focusing massive amounts of psychic energy. 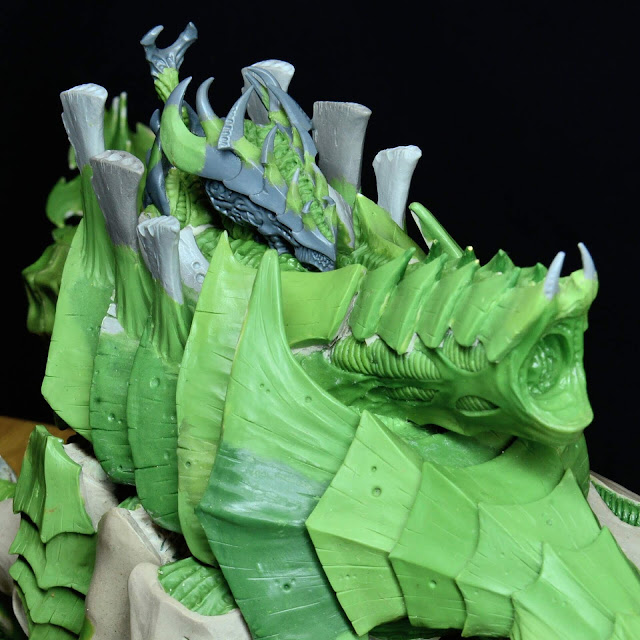 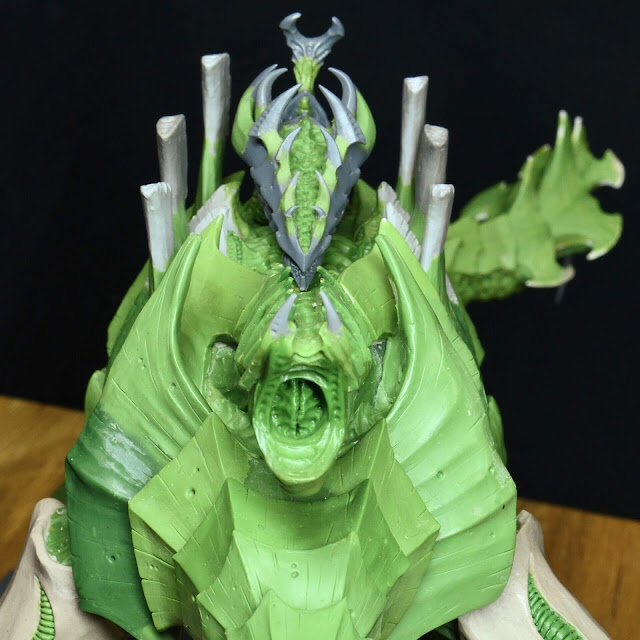 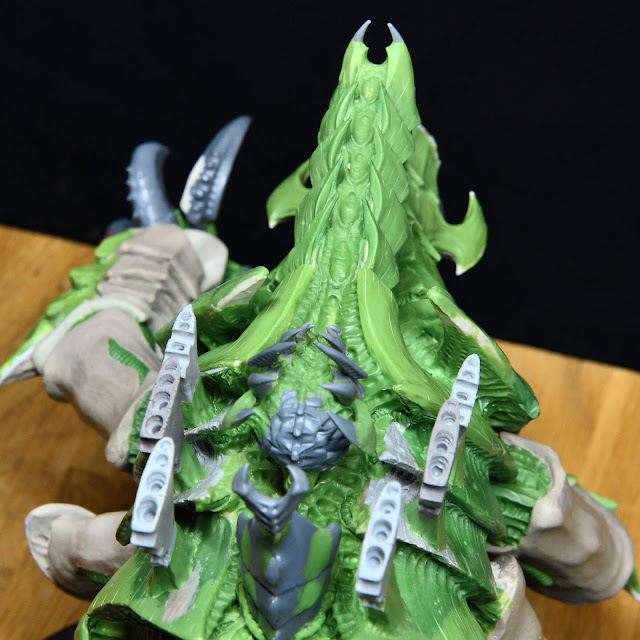 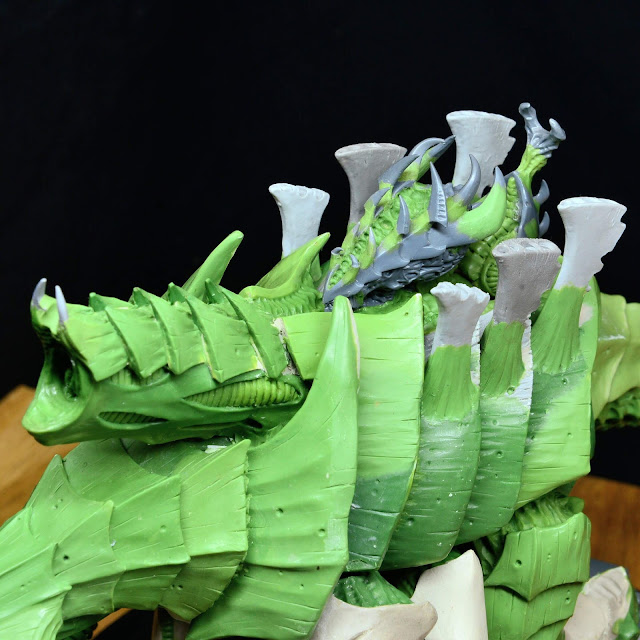 While building the Tyranid Dominatrix on one of my hobby streams, I joked about having messed up the positioning of the feet somewhat, and how the best way to correct it would have her perched on a piece of terrain. And someone commented that she should be smashing a space marine dreadnought, and then Charles, the client who I was building her for, agreed that would be great and that he'd cover the cost of the Dread.
So I not only got to partially assemble another Redemptor Dreadnought (a true joy of a model if you've never assembled one!), I also got to absolutely slag it! 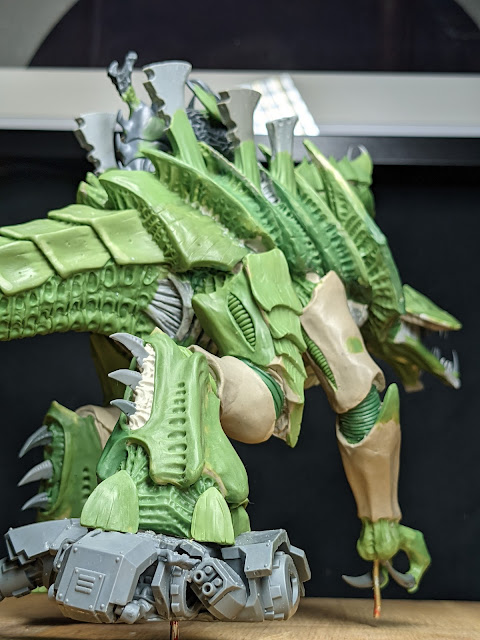 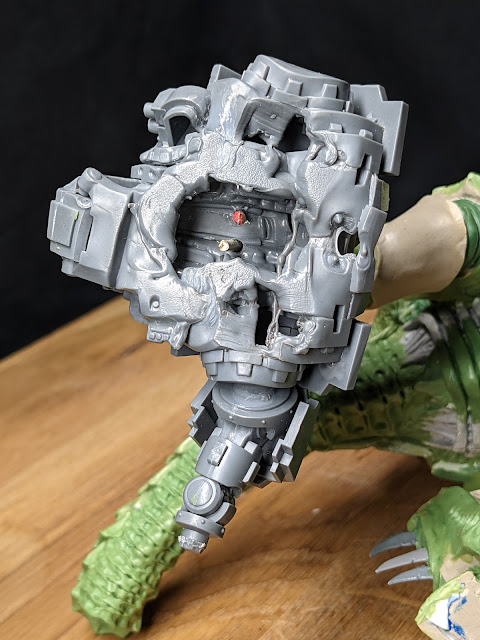 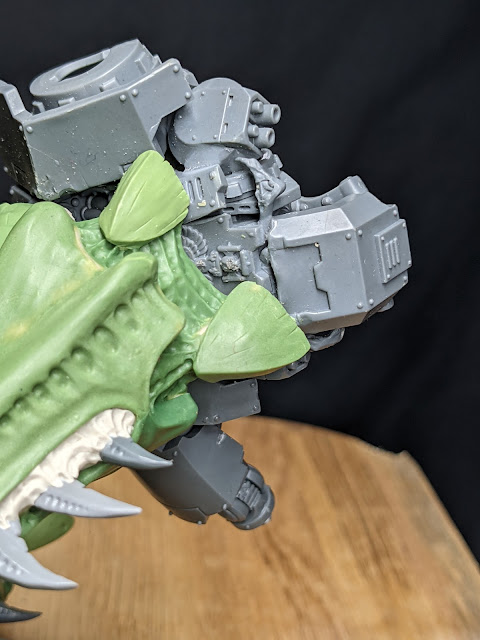 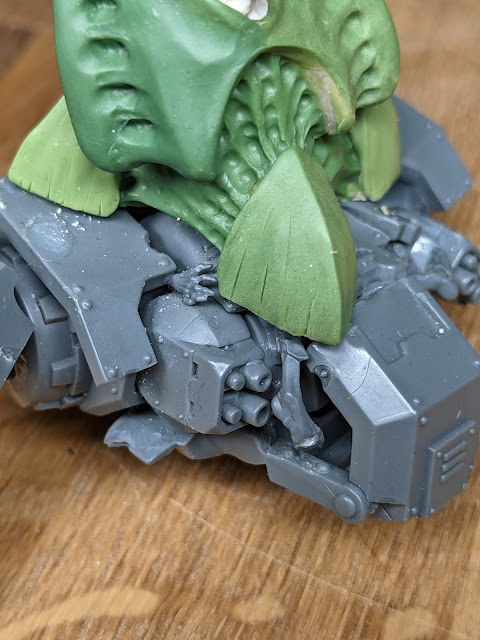 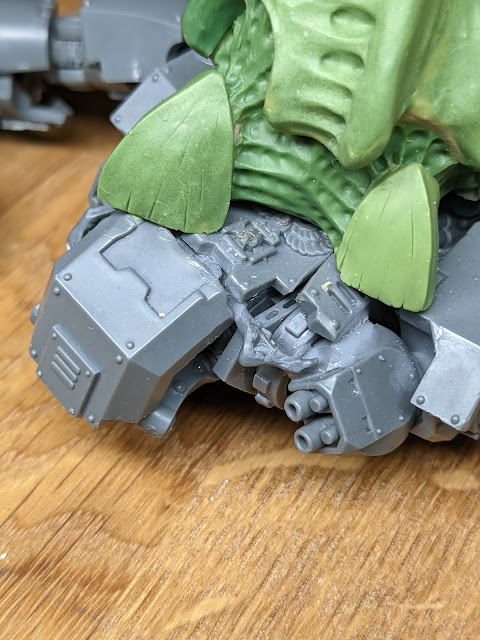 But I also used the victim model as an opportunity to tell a bit more of a story by having a helpless hormagaunt crushed in the Dreadnought's powerfist. The lesson here is simple: don't squash bugs because there's always a bigger bug around the corner! 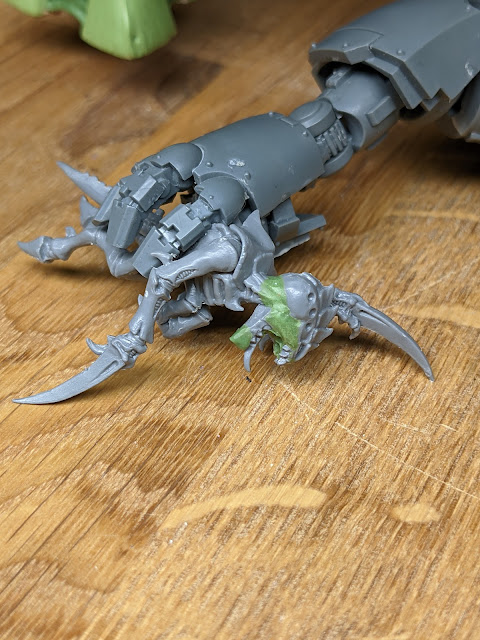 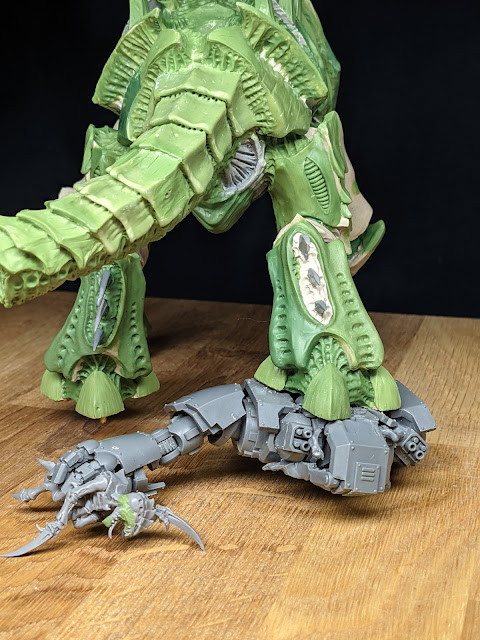 As I noted above, this critter was a commission piece for @CTarnor over on Instagram. I've already mailed her out to him, and she should be showing up any day now. Charles has mentioned he's real excited to get her painted up, so be sure to track his progress over on Instagram.
Some people have asked if it was hard to give up the girl after two years of work on her. The immediate answer is no as Charles paid me good money to take this project on for him, and he's been very patient with me as I worked on her around other projects.
However, the reality is that I'm just thrilled to finally be finished this project after so long. It's also the case that I would NEVER want to paint her myself. Hefting 1kg of putty as you try to finish sculpting is work enough. I would hate to have to heft the same while trying to apply paint to it!
So, though I'm eager to see what Charles manages with the girl, I surely don't envy him!
As mentioned before, I'll share another post in the future with more WIP photos for the Tyranid Dominatrix, so if there's any particular part of the build that you'd like to see in more detail, please be sure to note it in the comments below.
Posted by Mr_Pink at 10:00